Dining with Matisse, Sleeping with Picasso.

Art hotels crop up from Australia to Zurich, but only one deserves the title: La Colombe d’Or. For three generations, this family-run auberge in Saint-Paul de Vence has attracted and inspired the best artists of the past century. Blending Provençal warmth, style, and cuisine with a modern art collection that rivals most museums, you may never want to leave.

In 1920, a small tavern opened its doors in the medieval hilltop village of Saint-Paul de Vence. Originally called À Robinson, villagers gathered daily at Paul Roux’s café to dine on his mother’s traditional Provençal cooking, to play cards, and to hear music and dance at weekends. Its popularity swelled over the years, prompting Paul and his wife Baptistine to transform the tavern from a three-bedroom inn into a larger hotel and restaurant re-named La Colombe d’Or. Today Paul’s grandson François and his wife Daniele stand at its helm, overseeing a hotel that has celebrated and embodied the best of Provençal life, creativity, and amity for nearly a century.

From its earliest days, La Colombe attracted artists. A sign at its entrance proclaimed, ‘Ici on loge à cheval, à pied ou en peinture’ (loosely translated as ‘Here we lodge those on horseback, on foot, or with paintings’) and, indeed, artists brought their easels to its grounds, lured by the beauty of the surroundings and Paul’s warmth and generosity. Mutual affection developed between the artists and their hosts. It continued to flourish under their son Francis’s proprietorship, and endures today with grandson François. Dufy, Signac, Soutine, Braque, Miró, Chagall, Matisse, Picasso, Calder –– they all came to stay, eat, or socialise at La Colombe. And they reciprocated the Roux family’s generosity in kind. From the moment you pass through the wooden door from the street into La Colombe’s terrace, art surrounds you. A César sculpture of a giant thumb greets you as you step into the terrace, a Matisse portrait hangs above your dining room table, a Calder mobile overlooks the pool, and a Léger mural depicting a colombe (dove) graces the terrace, where meals are taken in fine weather. These are but a few of the treasures from the hotel’s delightfully quirky and wholly personal modern art collection.

Legend has it that artists exchanged their work for food or lodging at La Colombe d’Or. In truth, only a few pieces were acquired in this way. The Roux family purchased the majority of the artworks. Yet, throughout its history, many who worked or stayed at the hotel have been moved to offer something in return for the hospitality they received there. The workers who built the fireplace in the cosy chauffoir signed their construction with their handprints. Jean Tinguely, who lived for a time in the property’s garden, enlisted the gardener to find him a skull for a kinetic sculpture he then gave to the hotel. Irish artist, Sean Scully donated a wall ceramic by the pool after conceiving a grand design that exceeded the space the Roux family had first envisioned. Undoubtedly, there is a spirit of generosity and creativity that pervades La Colombe d’Or and that, together with the art collection itself, inspires its sense of timelessness.

François and Daniele, in consultation with Francis (now 88) and François’ two sisters, continue to collect artwork. The Roux family considers the hotel’s exterior and interior spaces to be works in progress that honour the past, yet look to the future. History lies in La Colombe’s very fabric, in original beamed ceilings and stone floors throughout, wood shutters in the bedrooms, faïence tiles in the guest bathrooms, and in the extension to the original farmhouse, which Paul built using stones transported from a derelict château in Aix-en-Provence. Even the terracotta-tiled roof tells an ongoing tale: when an original tile falls, Daniele and François replace it with a coloured one. Just as in 1920, there remain spaces across the hotel for chatting, playing cards, and relaxing. Nevertheless, Daniele remarks, the hotel speaks of yesterday and tomorrow, for its story is never finished.

In many ways, La Colombe d’Or’s story is that of Saint-Paul de Vence over the past century. The hotel brings the spirit of the village’s renowned visitors and its heady colours into both its common and guest rooms. Magnificent bouquets of flowers recall the Provençal countryside, as do Paul Roux’s lively floral watercolour for the dining room’s whimsically oversized menu.

Most importantly, though, La Colombe d’Or’s story is an enduring family story, and therein lies its magic. Three generations of the same family, whose individual members forged lasting friendships with artists, poets, actors, writers, and architects, have produced within the hotel a vibrant yet serene atmosphere. François Roux is there every day, ensuring that each guest feels that they are coming to visit family. No wonder guests return again and again. It is a place for camaraderie and a place for beauty. Above all, says Daniele Roux, ‘It’s a dream.’ 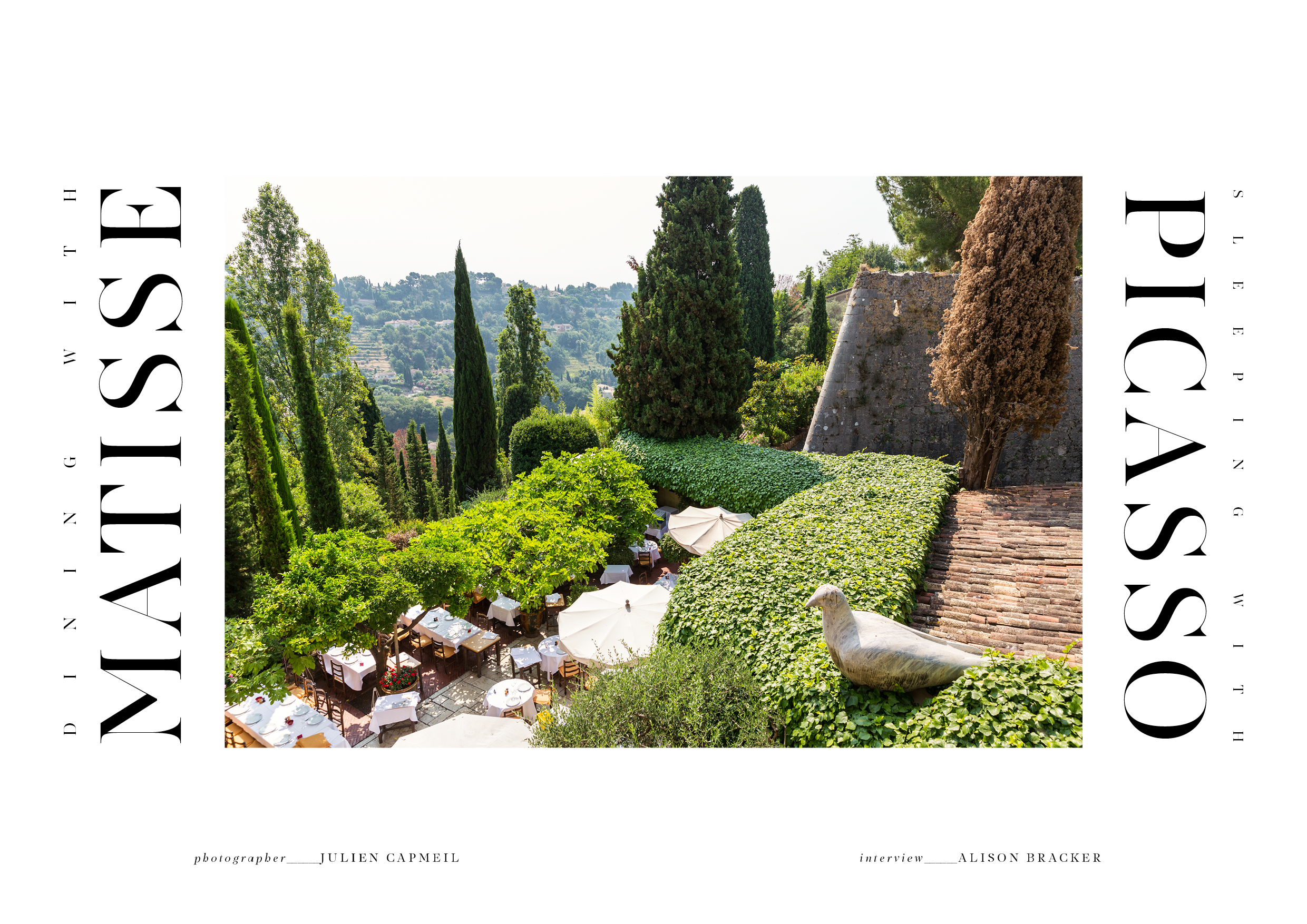 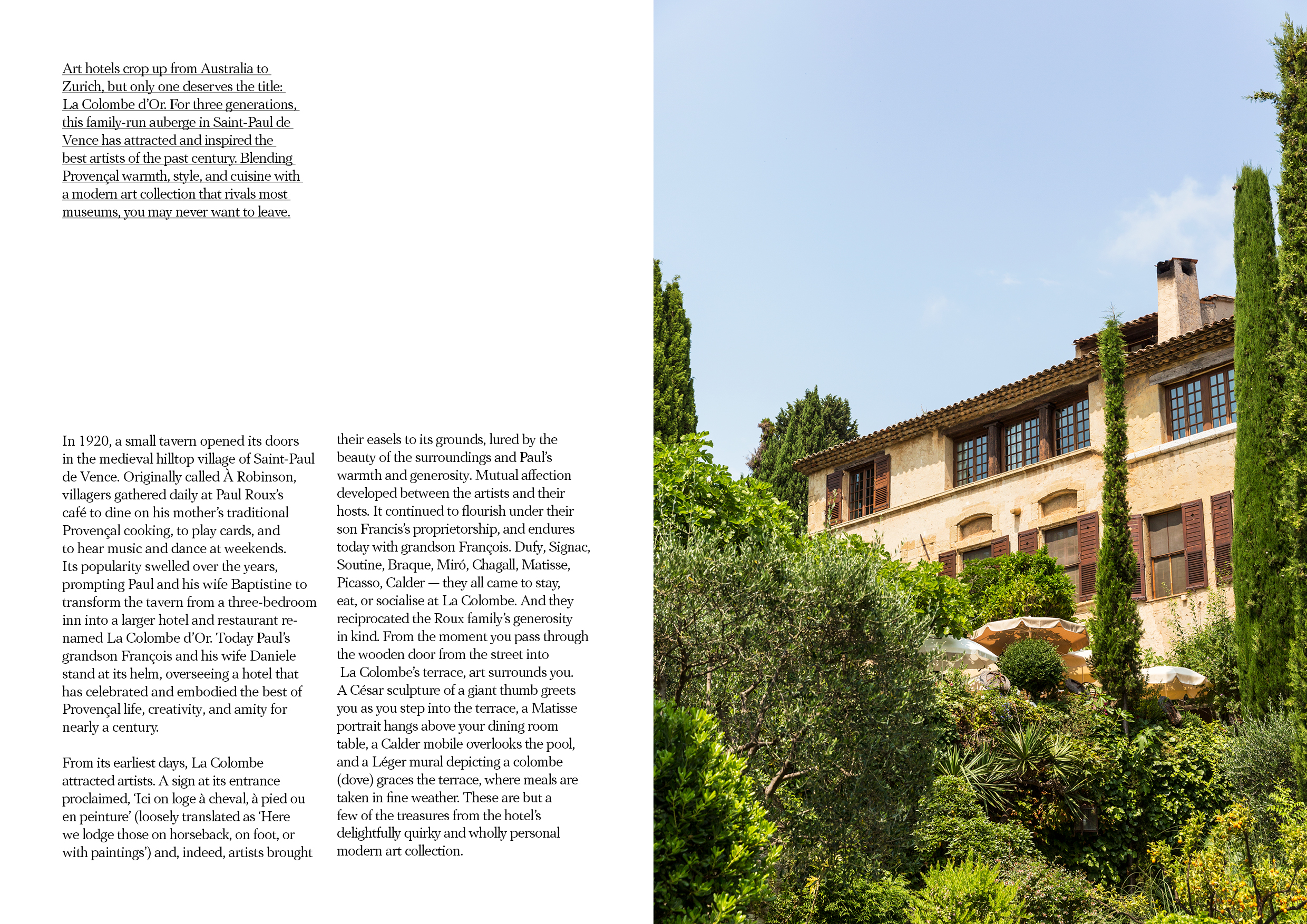 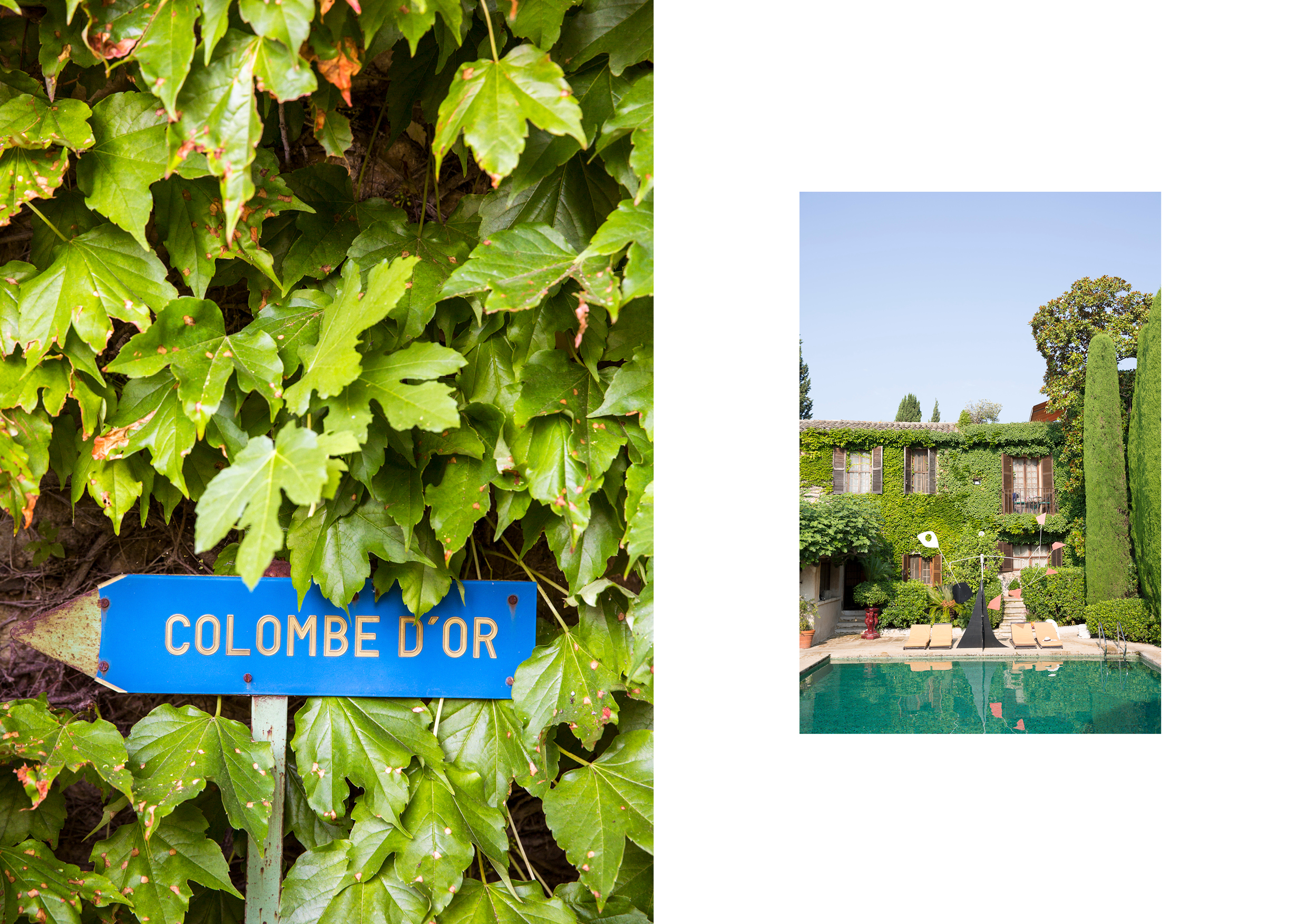 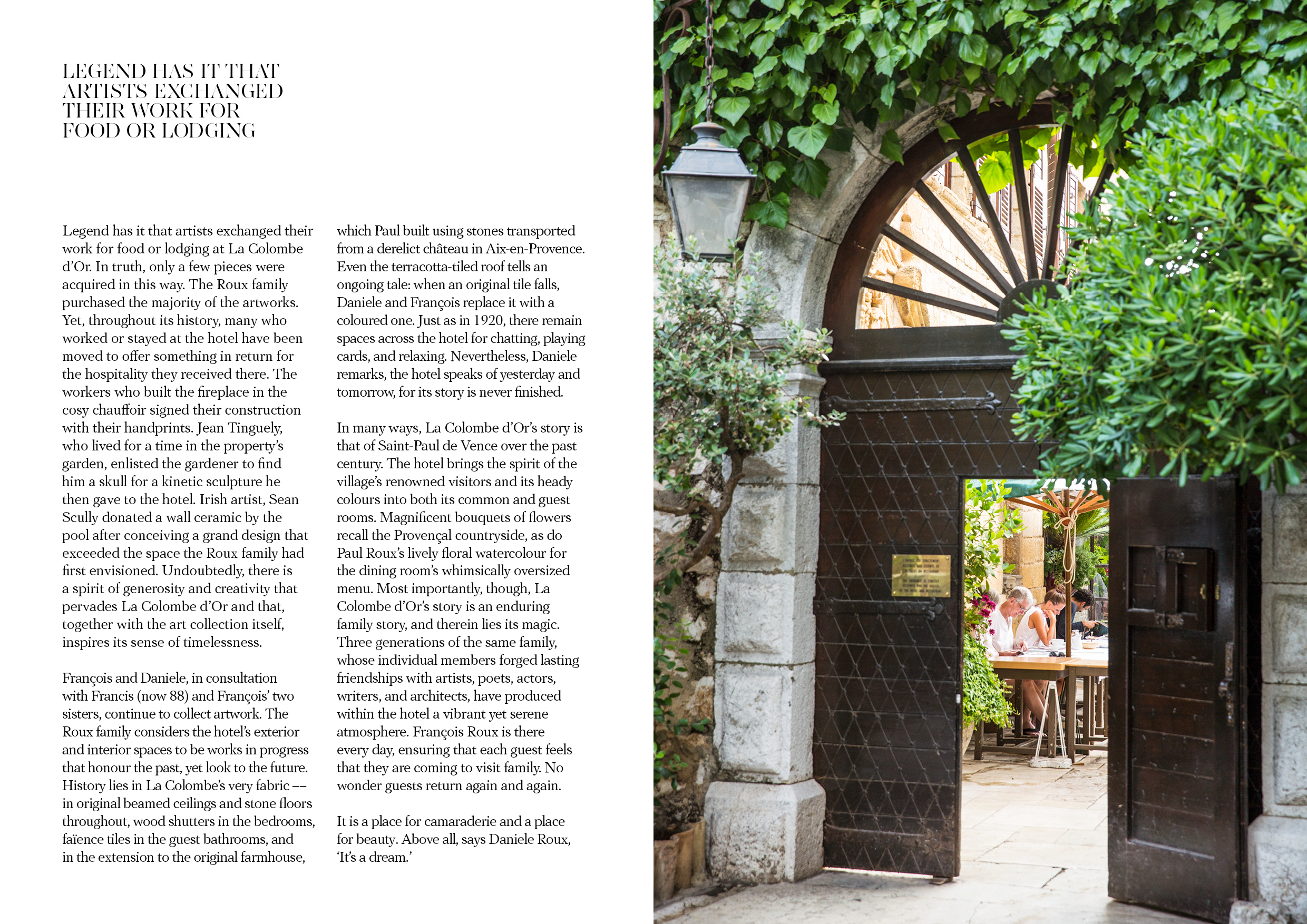 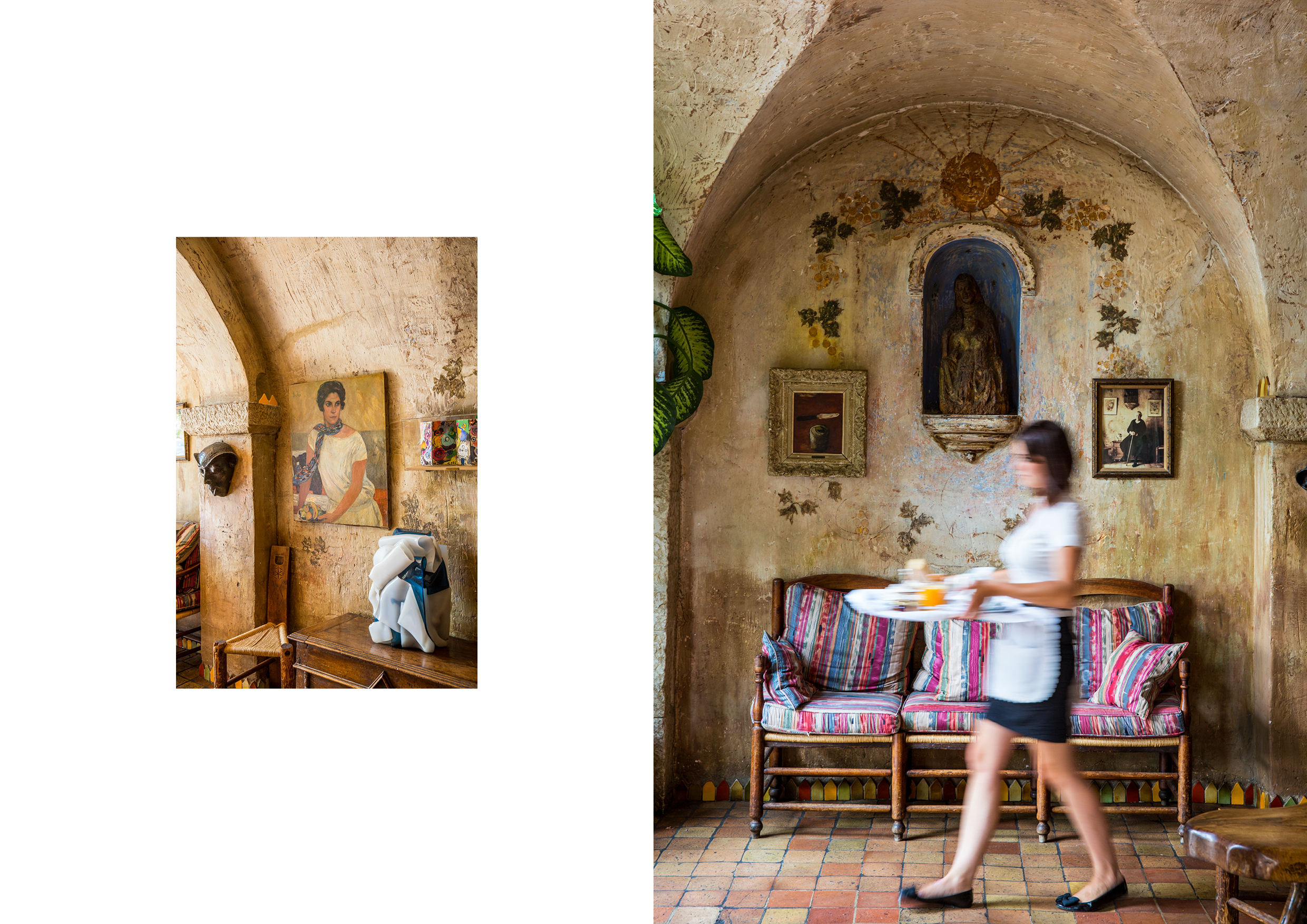 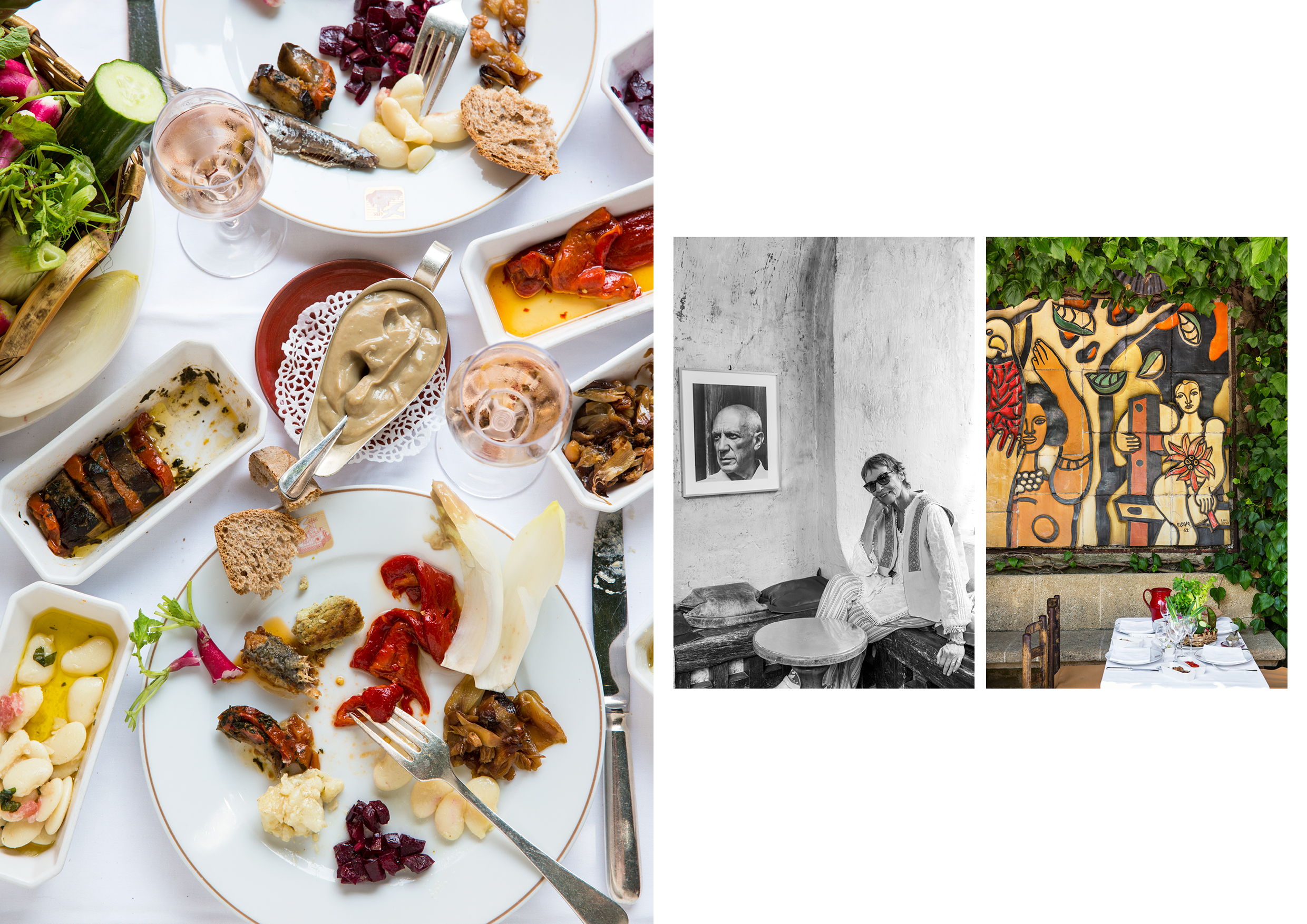 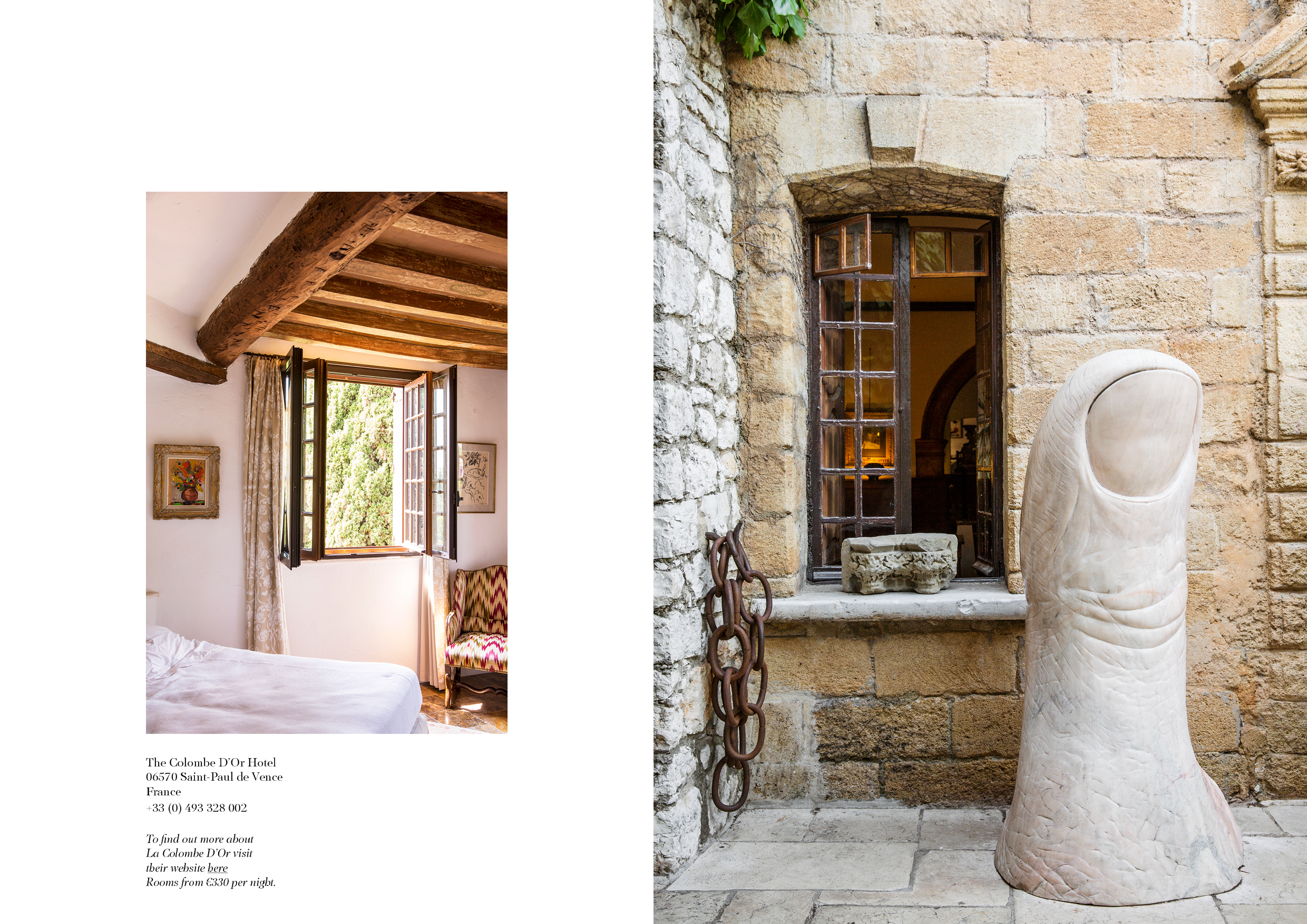