We have chosen colour as the theme for issue two of Make. Why? Because even if we don’t actively recognise it, we are all moved by colour on a daily basis. It has the power to affect the way we look and feel. It can make clear statements about who we are as people and the social tribes we belong to. It can be fashionable, symbolic, musical, descriptive, political, divisive and emotional. Our lives would be much poorer without it. So we are celebrating colour here, in all its multifarious ways and rainbow hues.

‘I’m not really sure why colour moves me so much, I think ultimately it’s all very mysterious; colour has a visceral effect on our senses. There have obviously been many studies on this topic via colour theory etc. but for me, I’m just seeing it & feeling it, with my ultimate goal being to make an interesting enough image to keep a viewer enthralled without knowing why’.
George Byrne- Make Contributing Photographer

‘Why do two colours, put one next to the other, sing? Can one really explain this? No. Just as one can never learn how to paint’.
Pablo Picasso.

‘I’m a bit colour blind apparently so I’m hardly the person to ask for sage words on the subject, so I’ll leave on a joke instead. What happened when the red ship crashed into the blue ship? It was Marooned! Goodnight’
Daniel Benson – Make Contributing Photographer

‘All colours are the friends of their neighbours and the lovers of their opposites’.
Marc Chagall.

‘As a (pretentious) teenage art student, I had a piece of bright orange card stuck up on my bedroom window. It was there so that whenever the sky was at its most perfect blue. I could look at those two colours vibrate together. To this day, I still love the glow of an orange street lamp against the twilight blue of the sky’.
Ursula Lake (Editor of Make)

‘The purest and most thoughtful minds are those which love colour the most’.
John Ruskin.

‘Colour informs every aspect of my work and it is one of the most important sources of inspiration both while shooting and in the editing process’.
Greg Sorensen – Make Contributing Photographer.

‘I try to apply colours like words that shape poems, like note that shape music’.
Joan Miro.

‘I’ve only wanted paper and beautiful colours, It was my dream, and it still is my dream. And books. They are all I need and the rest I can do without’.
Karl Lagerfeld.

Vocations which we wanted to pursue, but didn’t bleed like colours on the whole of our existence.
Honore de Balzac.

The phrase and the day and the scene harmonised in a chord. Words. Was it their colours? He allowed them to glow and fade, hue after hue: sunrise gold, the russet and green of apple orchards, azure of waves, the grey-fringed fleece of clouds. No, it was not their colours: it was the poise and balance of the period itself.
James Joyce. 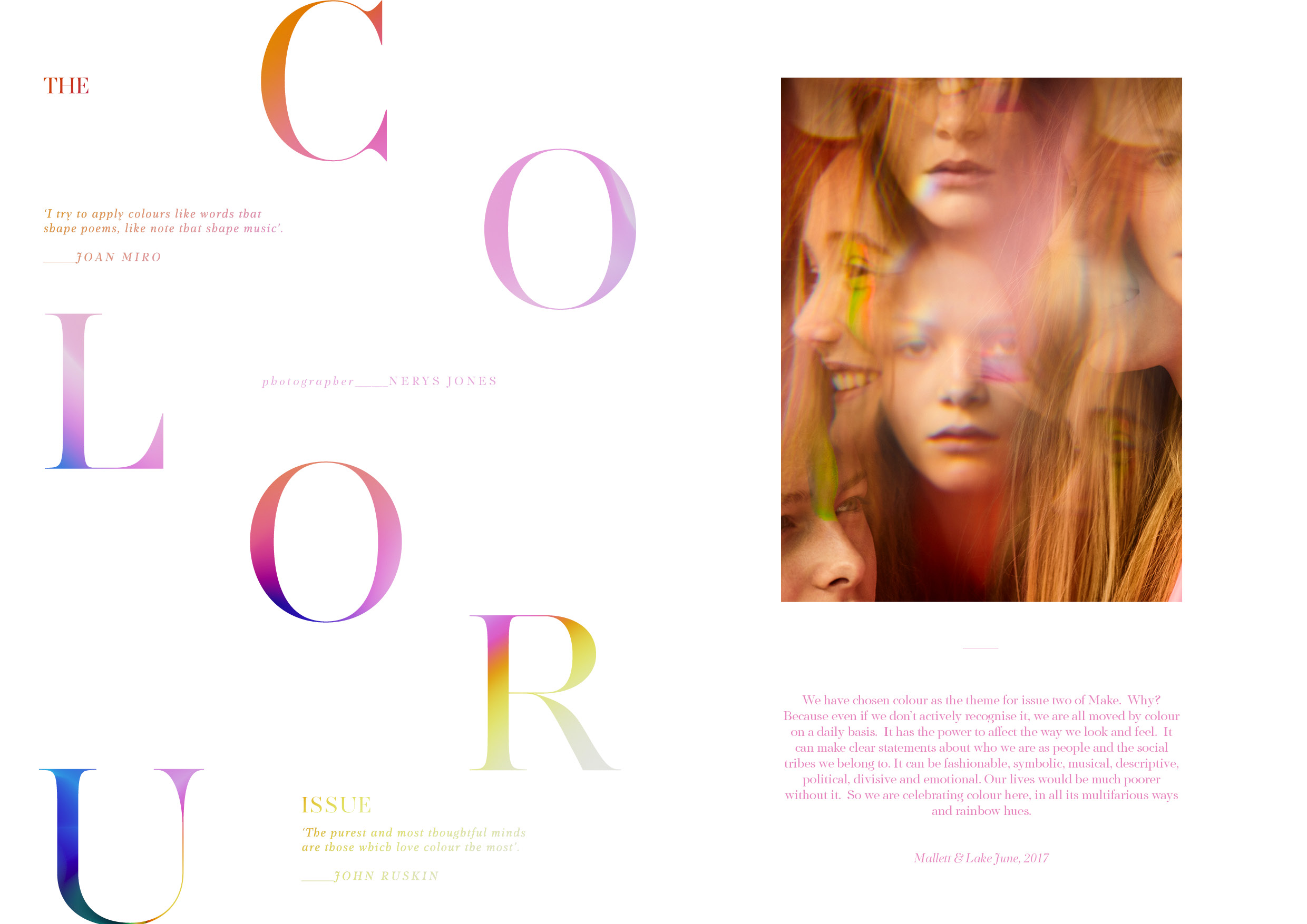 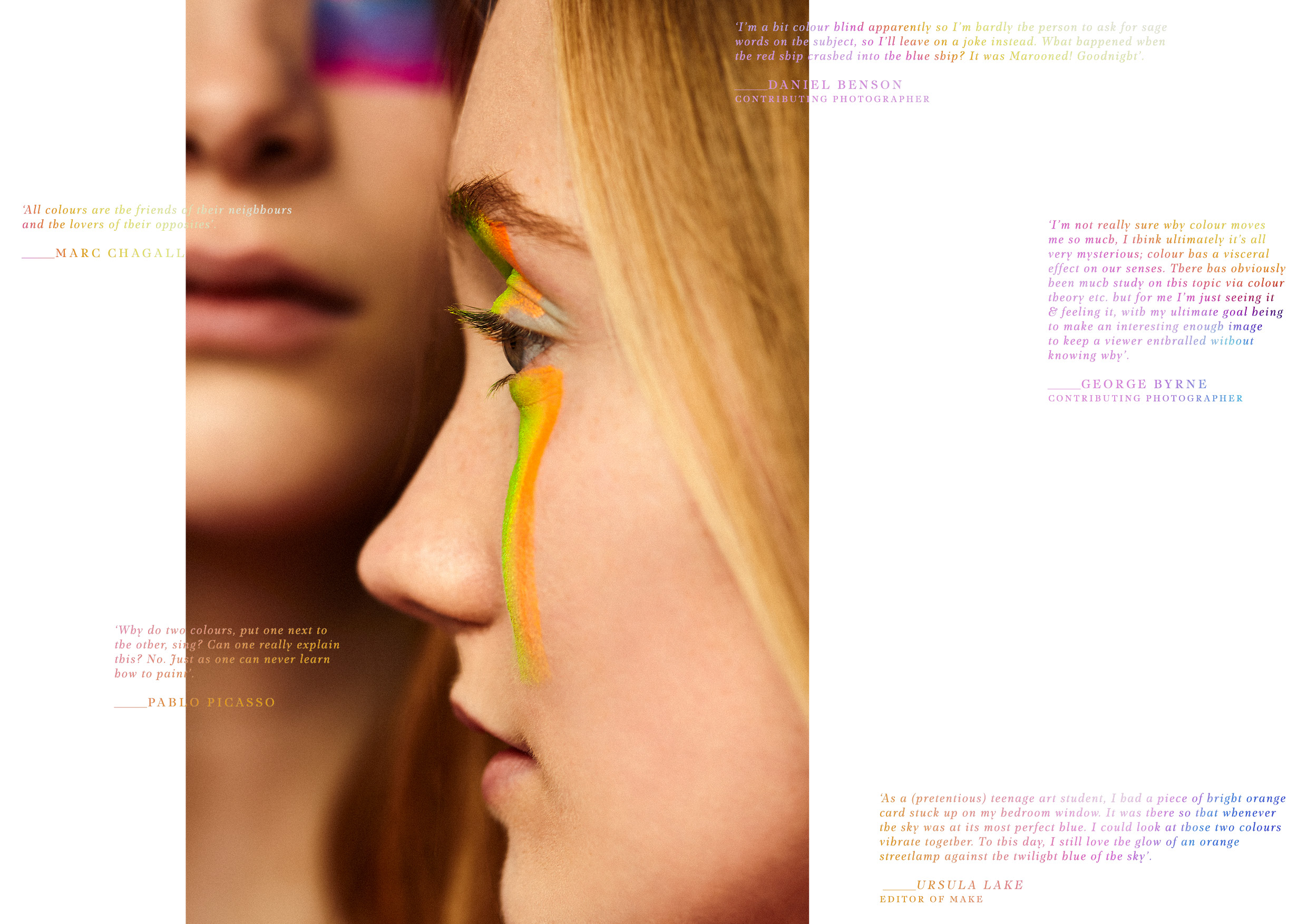 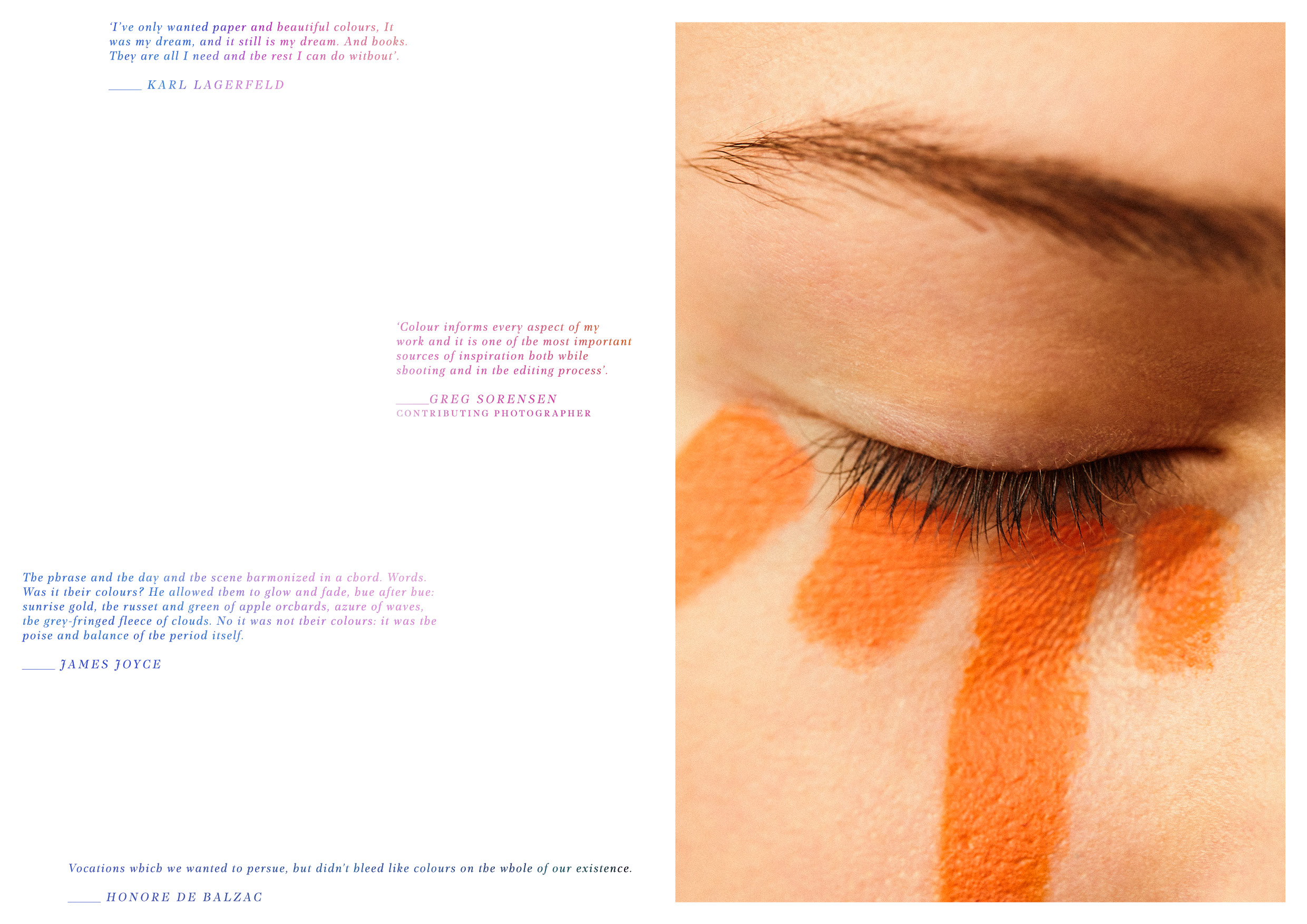 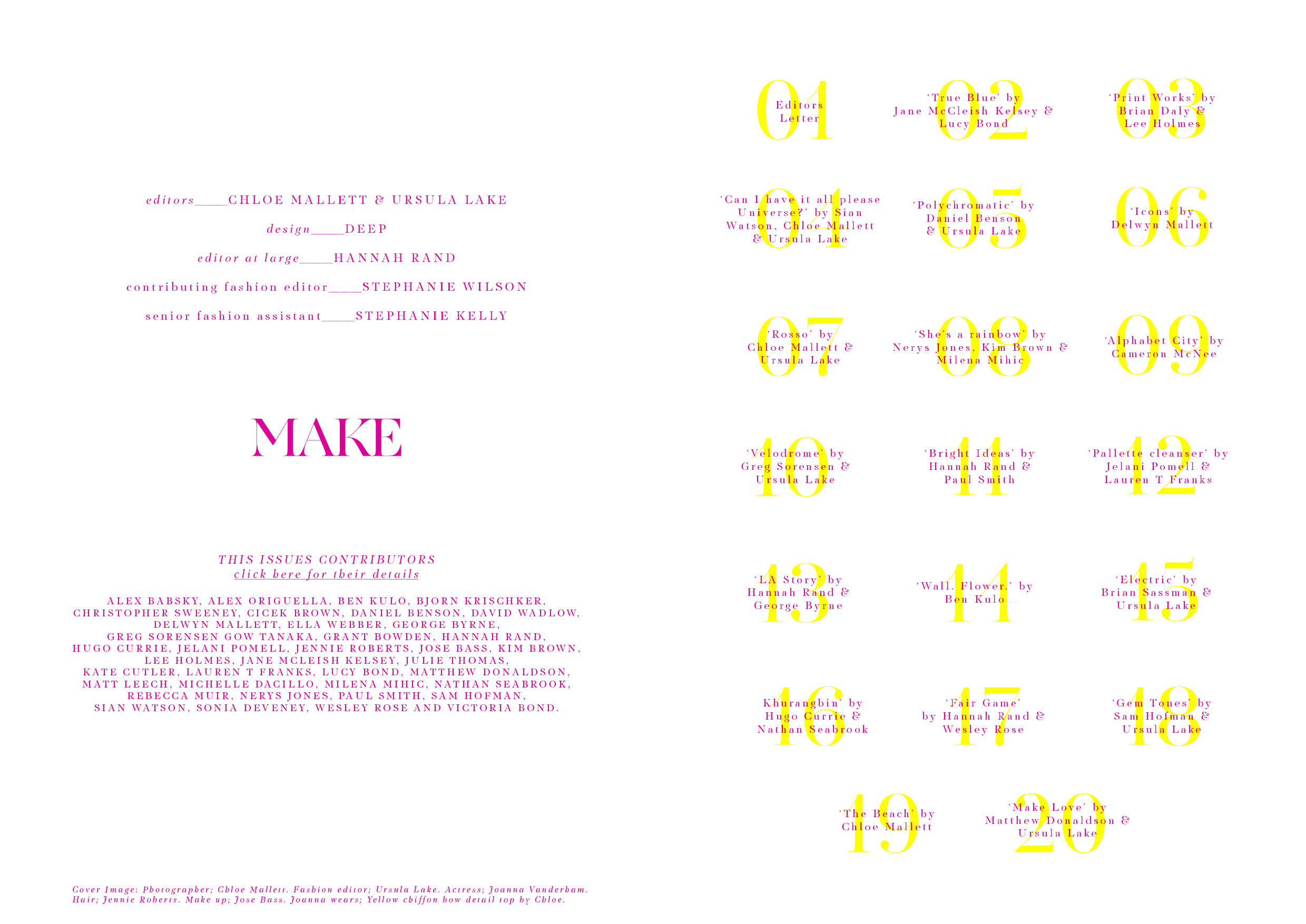