I was interested in personal style from quite an early age. We had to wear a school uniform at elementary school and I would express myself through coloured ribbons. I had a big box and would choose a different one each day. I’d ask my Mum to tie it perfectly in my hair like Sandy from Grease. I was a perfectionist as a child, and this process could sometimes take forever, getting every last strand of hair perfectly brushed.

I also used to visit my grandma (American actress Patricia Neal), who owned an antique store in Santa Fe, and she would teach me about the antique fabrics that she had in her shop. She was a collector of antique French linens and 18th-century farm plaids. I would sit and sew little berets out of the beautiful fabrics. Then, when I was in middle school, I had a little business sewing circle skirts to my friends. I had a swatch book of fabrics they could choose from and I’d go home and make them. I made quite a killing. I was a little hustler!

I have always wanted to be a designer. I went to FIDM [San Francisco Fashion Institute of Design and Merchandising] and then LCF [London College of Fashion]. After that, I moved to Amsterdam and assisted Jackie Villevoye. We went on a trip to Japan for meetings, followed by India, for production, and the two destinations gave me the first ideas for Faircloth & Supply.

I loved the thousands of eccentric styles in Tokyo, but there was one in particular that grabbed my attention: girls were wearing oversized linen dresses over ripped Levi’s jeans with espadrilles. It was a very natural utilitarian style, very simple and minimal, but also beautiful. I left Tokyo, with a reignited need to start designing again. India followed Tokyo, and here, being the first third-world country I’d ever been to, the economic strife affected me greatly. The juxtaposition of the two cities back to back struck a strong chord. So, I quit my job and started Faircloth & Supply, and that was that! I was fortunate enough to have Vogue include two pages on my line only a few months after I launched, which really kick-started the brand.

I learnt the most useful stuff along the way. I like to think on my feet; I talk to a lot to people and listen to their advice. When I launched Faircloth at 24, I had taken some classes in business at school but I still had to figure out many things along the way. I did a lot of Googling! I’ve been doing it for more than three years now and I’ve learnt so much and everything runs pretty smoothly. I’m still highly involved with everything, from sourcing fabric and factories to website design and photography. Today, we are a team of five, which is still pretty small but we’ve grown from one.

I only work with natural fibres, and predominantly linen, cotton and silk. My aesthetic is to be chic while simultaneous comfortable. I design for a woman who travels a lot, she is cultured and curious. If she goes away for a weekend, she can throw any and all of her Faircloth pieces in her carry-on and look chic. It’s important to me that women who wear my clothing feel sexy and powerful without having to show too much skin. If you’re comfortable in what you’re wearing it really shows, and I want that to shine through.

I use a lot of linen in our products. I love the way it feels and hangs. I love the pills and the way it wrinkles. I love the fact that it gets softer with each wear and wash. It feels cool when the weather is hot out and hot when it’s cool. It soaks up moisture faster than any other fabric and dries faster than any other fabric. It’s the most natural fibre you can wear and it’s just beautiful to the eye and to the touch. We do use other natural fibres, like silk and cotton, and any sort of ‘dead stock’ fabric, which is discarded fabric from fashion houses, which we reprocess rather than letting it end up in a landfill.

When I launched Faircloth, I engaged in a partnership with the non-profit organisation General Welfare Pratisthan. For each item sold, the organisation donates two school uniforms, school supplies and a one-year scholarship to a girl in Nepal. The school uniform has become almost a symbol of emancipation in the developing world as, in Nepal where my charity work is focused, all students are required to wear uniforms in order to neutralise caste discrimination. However, if a young girl cannot afford a uniform she is unable to attend school. By donating a uniform, you give a girl a chance. Girls who receive an education are less vulnerable to HIV infection, human trafficking and other forms of exploitation. They are more likely to marry later, raise fewer children, who are also more likely to go to school and make an important contribution to their family income. This positive outcome transcends generations and, thus, can potentially lift whole communities out of poverty. I have always been very passionate about women’s rights and the importance of educating girls around the world, and I like the idea of Faircloth creating a generation of philanthropists and being a catalyst for change.

I grew up in a household where magic was real, and this idea of creating and imagination has carried through to my adult life. I feel as if I have been given a platform and it’s up to me to use it. And, for sure, I am going to use it for good and to spread awareness and inspire people. As my mother always said, ‘Being from a famous family can get you in the door but won’t keep you there. That bit is up to you.’

In the future, I hope to set up education centres for the women and girls who work in our production process, so they will be given the opportunity to learn about all aspects of the fashion industry and will have the chance to lift themselves and their families out of poverty. I strongly believe in helping local economies by teaching a trade and employing their people in order to build up the local economy for the future. ‘Give a (wo)man a fish and you feed her for a day. Teach a (wo)man to fish and you feed her for a lifetime.’ 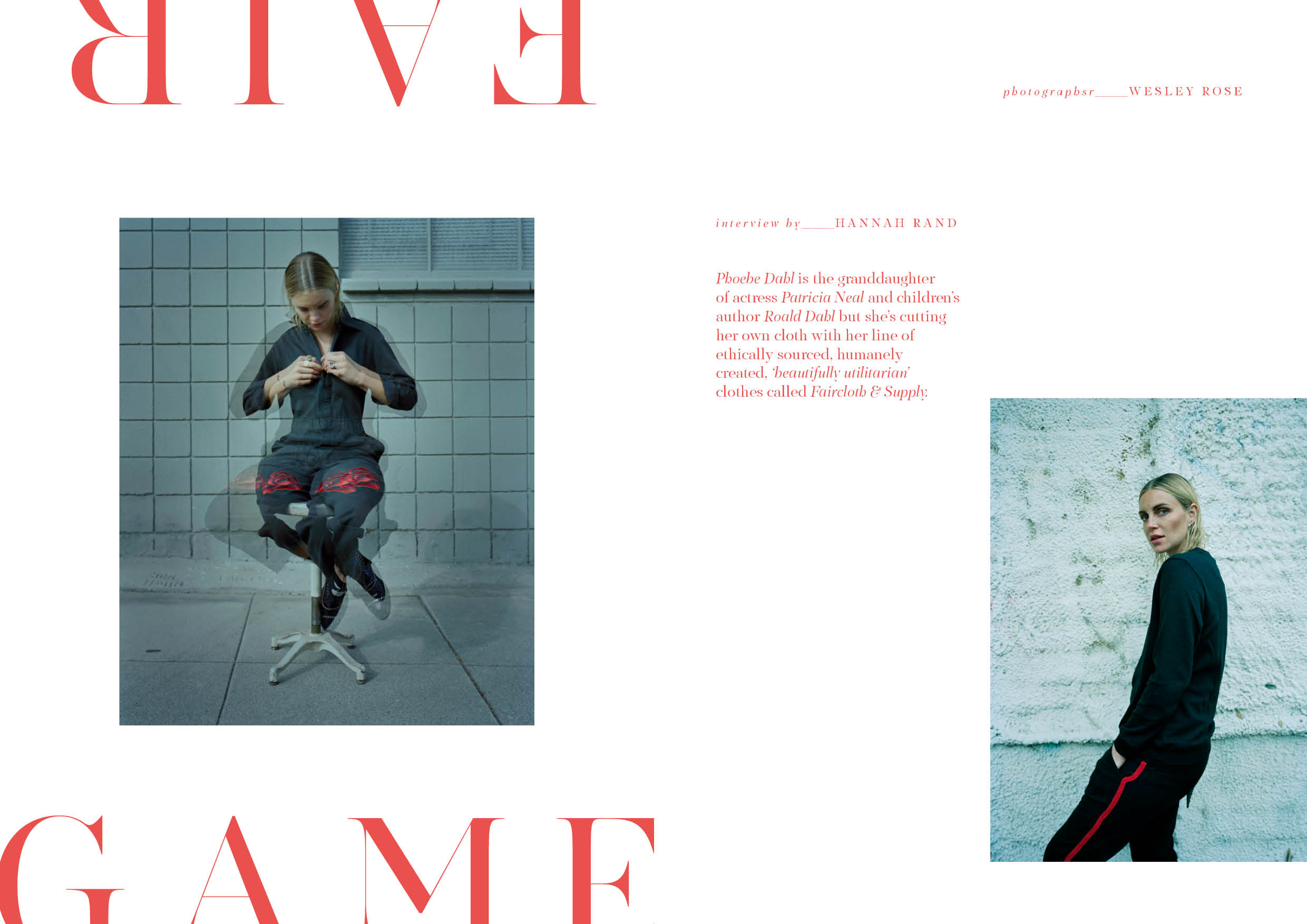 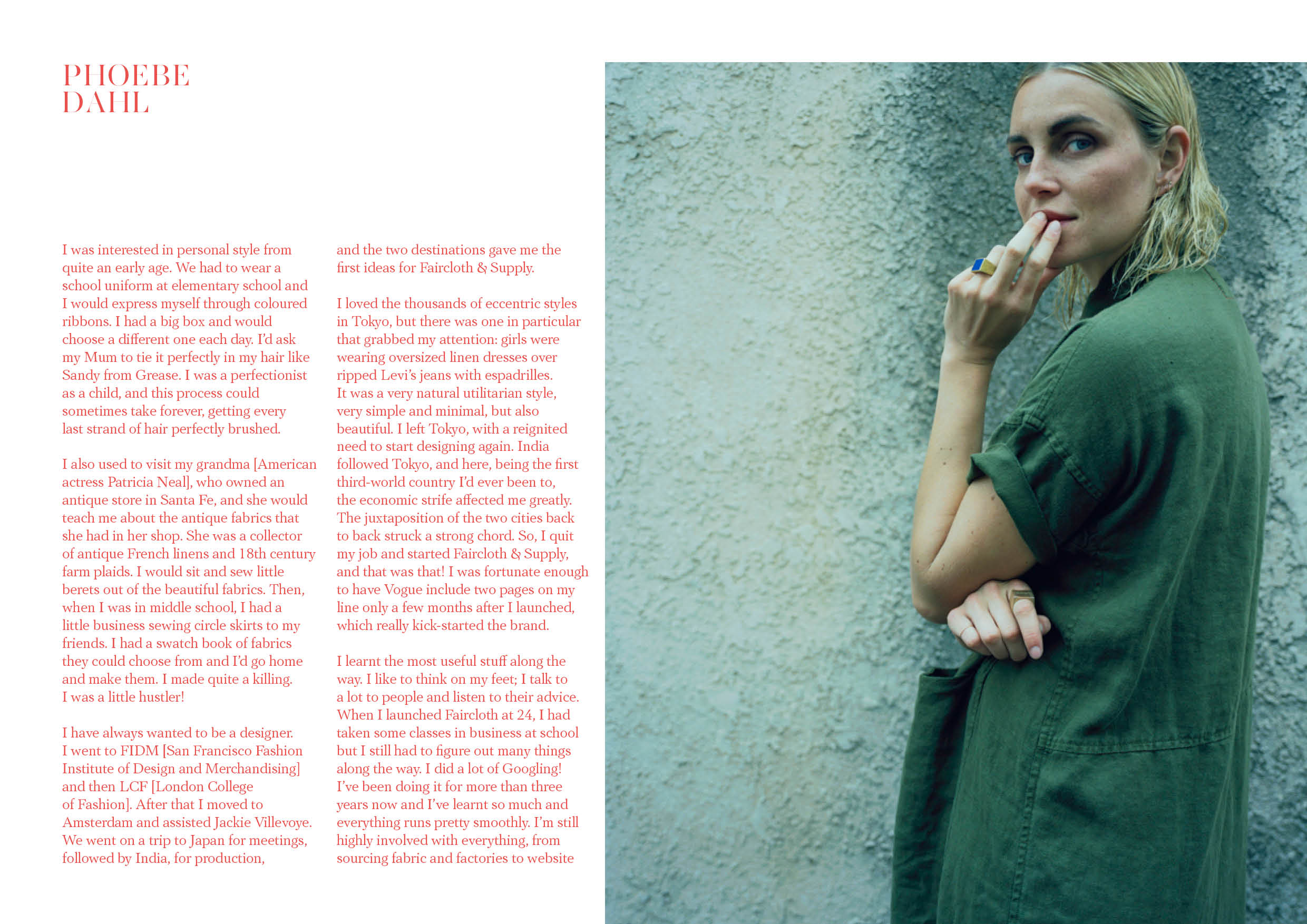 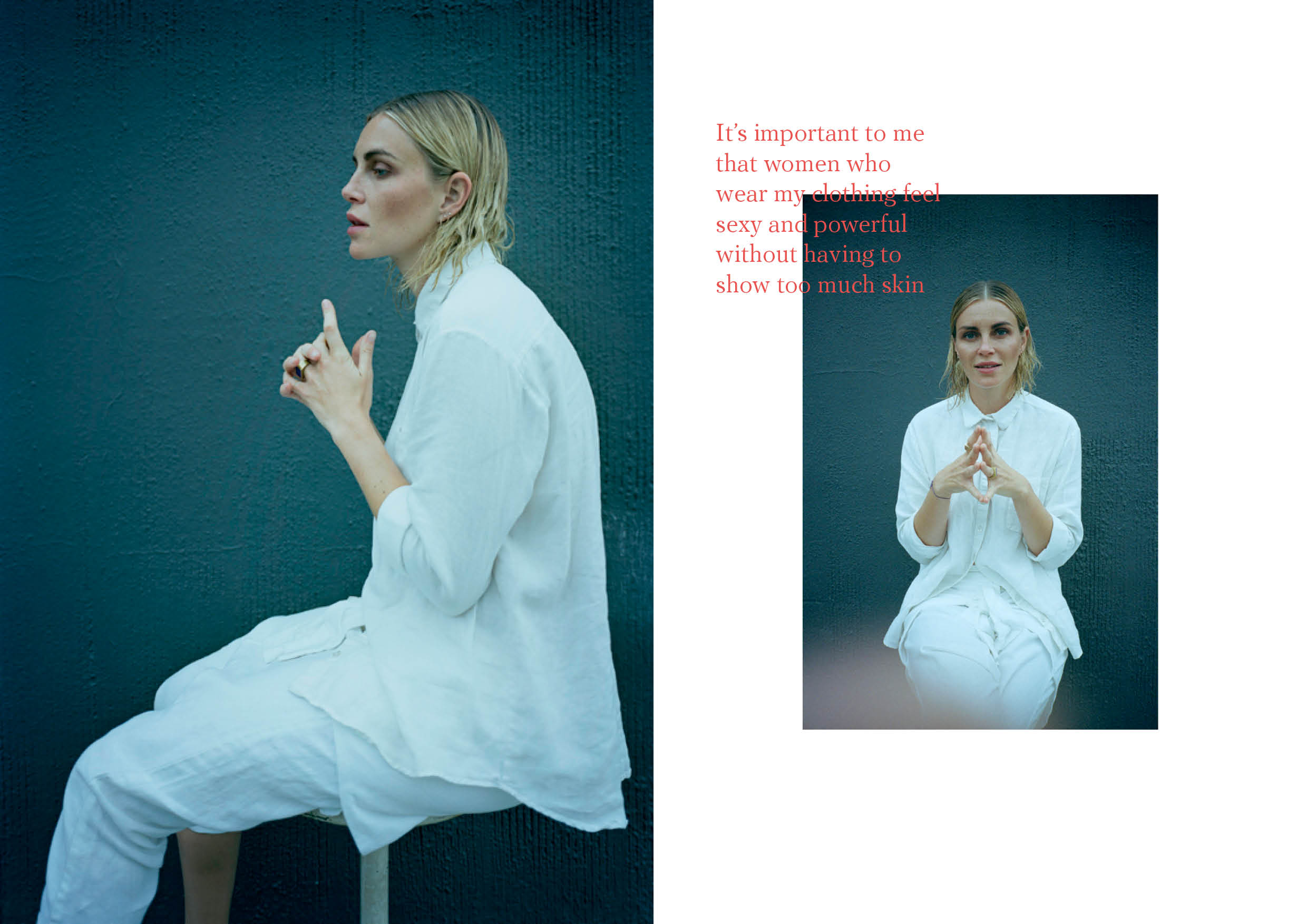 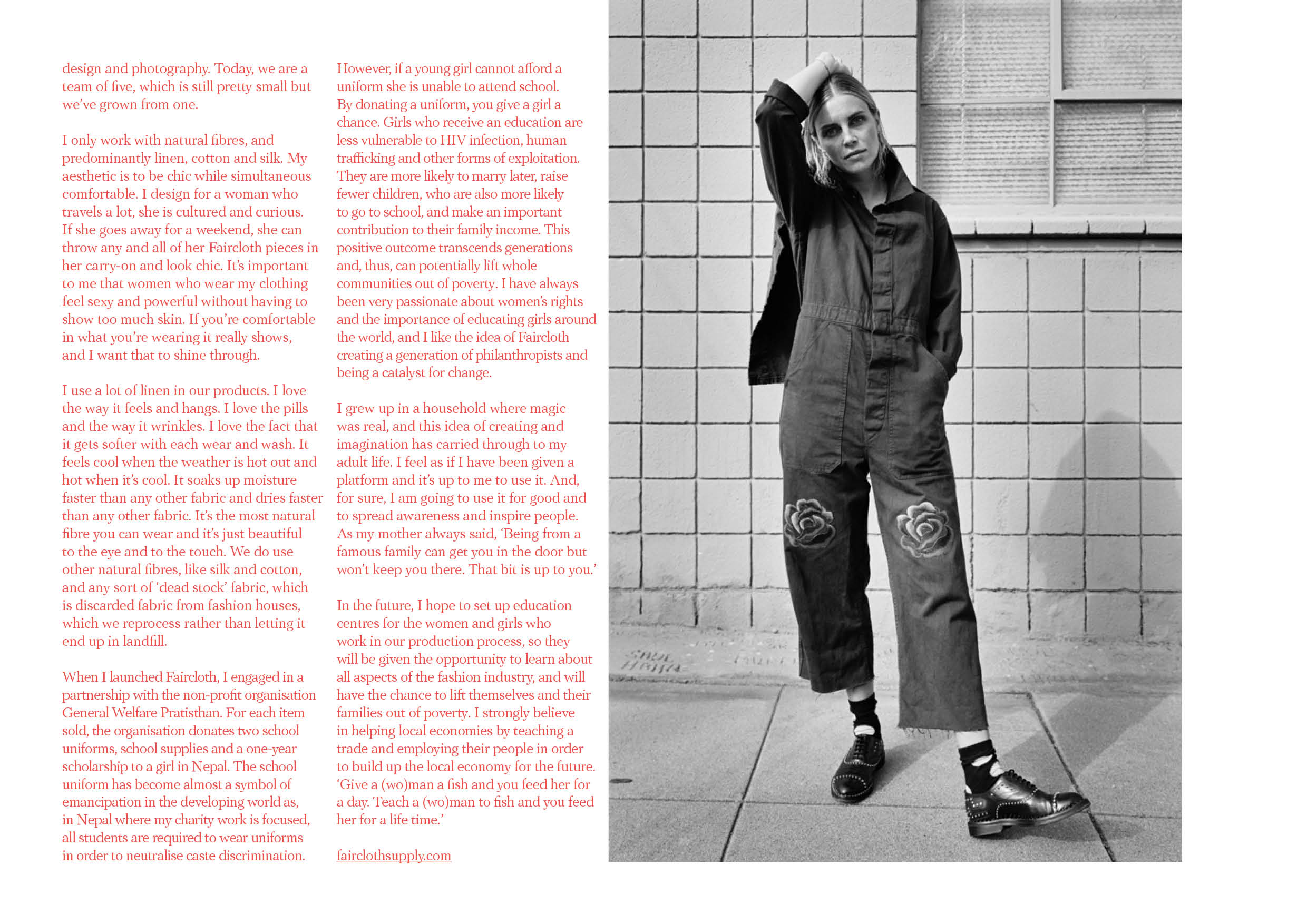