Icons – The Converse All Star

The USA has given us three clothing staples that have transcended the capricious nature of fashion – the blue jean, the white T-shirt and the canvas sneaker. For a trainer that most Europeans would guess probably originated in the 1950s or 60s, it is astonishing to discover that the ‘Converse All-Star’ is this year celebrating its centenary. Like its automotive contemporary, Henry Ford’s famous ‘Model T’, it was at first only available in black. White, with patriotic red and blue striping, arrived in time for the 1936 Berlin Olympics and the debut of basketball in the Games, where the American team, naturally enough, won gold. But it wasn’t until 1949 that Converse mixed black with white to give us the ‘classic’ and definitive All-Star. However, the world had to wait another two decades before it could choose from a full range of colours.

Marquise Mills Converse started the Converse Rubber Corporation in 1908 and, a few years later, began development of a shoe for the rapidly expanding sport of basketball. The resulting ‘Non-Skid – All American Basket-Ball Shoe’ had a thick, grippy, rubber sole ‘welded’ to a canvas upper which extended over the ankle so that the whole shoe was well-anchored to the foot. It also featured a soft canvas lining only partially attached to the outer shell and intended to move with the foot to help prevent friction blisters.

The boot was not an immediate hit. Then along came Charles “Chuck’ Taylor. Chuck, an enthusiastic basketball player and customer since 1917, joined the Converse sales force in 1923 and fronted the company-sponsored All-Stars team on barnstorming tours of the country. A charismatic and persuasive salesman, Chuck traversed the States in a white Cadillac, its trunk stuffed with All-Stars, promoting basketball and selling the shoes in which to play.

Chuck was so successful promoting the sport – and selling All-Stars – that, in 1932, Converse immortalised his name by adding the ‘Chuck Taylor’ signature to the shoe’s ankle patch, where it has remained.

During World War Two Converse produced the A6 Flying boot for the U.S. Air Force and Chuck became a fitness consultant to the U.S. Armed Forces who adopted the Converse low top sneaker as their official training shoe. Obviously, Chuck had not lost his salesman’s touch.

For the youth of post-war Europe, America was a tantalisingly distant land of plenty, where nothing was rationed and that new invention, the ‘teenager’, was indulging in a prosperity and freedom that could only be dreamt of. Films like Rebel Without a Cause, Blackboard Jungle and Rock Around the Clock, created new role models for style-starved European kids and ‘sneakers’ were an integral part of that look. After West Side Story hit these shores in 1961, if you didn’t dress like a ‘Jet’ or a ‘Shark’ you were nowhere.

Basketball teams – and kids – had long been customising their sneakers by using coloured laces or dying their white ‘Chucks’, and in 1971 Converse finally caught up and started producing their shoes in an ever-expanding range of colours.

For over half a century Converse dominated the American market. By the 1960s 90% of college and professional basketball players wore the brand, and they were the first sports shoe to cross over into everyday leisure wear. To date, the Converse Chuck Taylor All Star has sold over 600 million pairs and still rising, making it far and away the largest selling athletic shoe of all time.

But nothing is forever and through the ’80s and ’90s Converse found their seemingly unassailable position in the market decimated by the leather, spring-loaded, air-cushioned, pump-action, gizmo-laden product that is the modern sports shoe. It looked like curtains for the humble canvas sneaker. But it seems each new generation at some point discovers the uncluttered and timeless simplicity of the Converse Chuck Taylor All Star and although since 2001 no longer ‘Made in the USA’, it lives on. 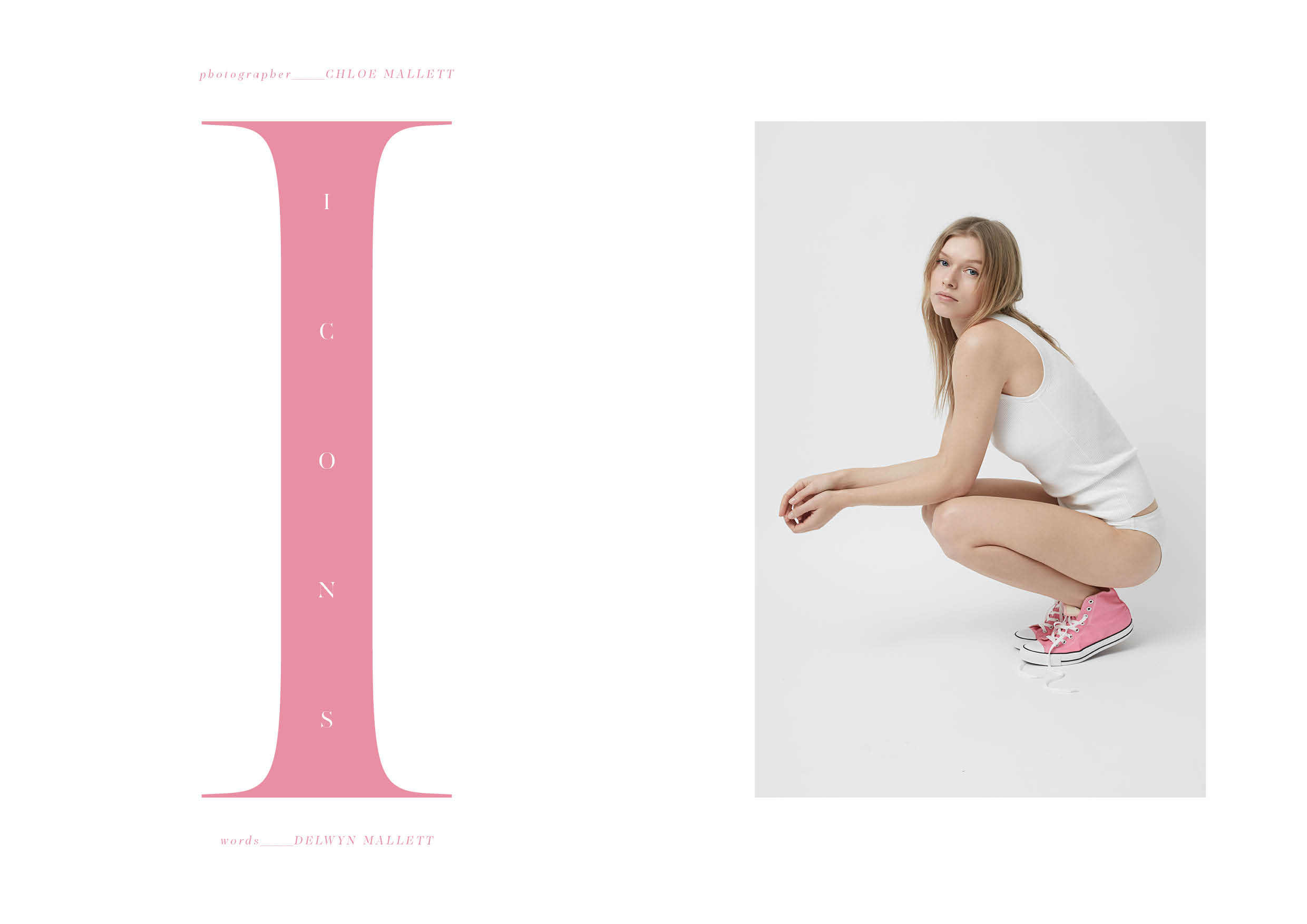 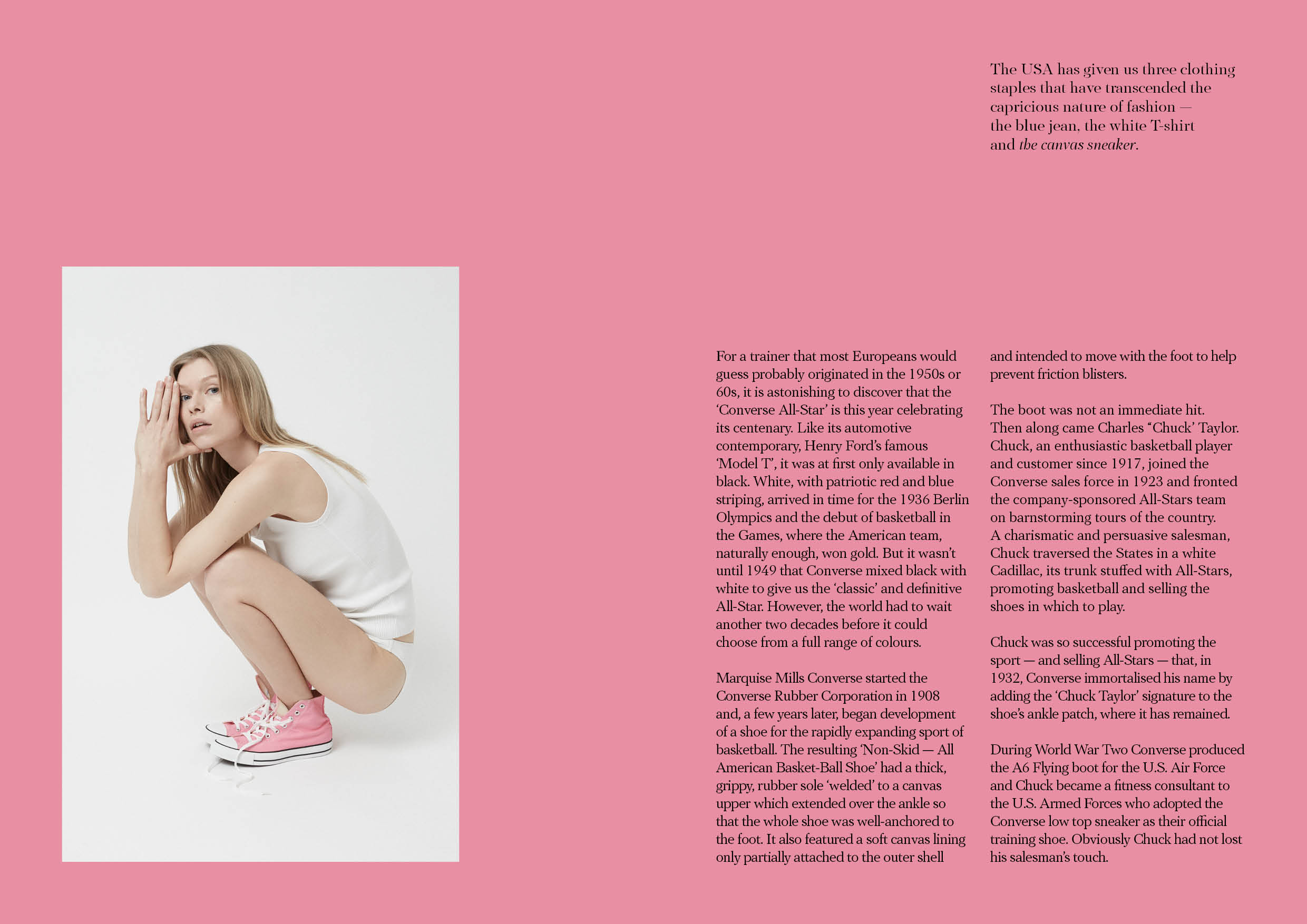 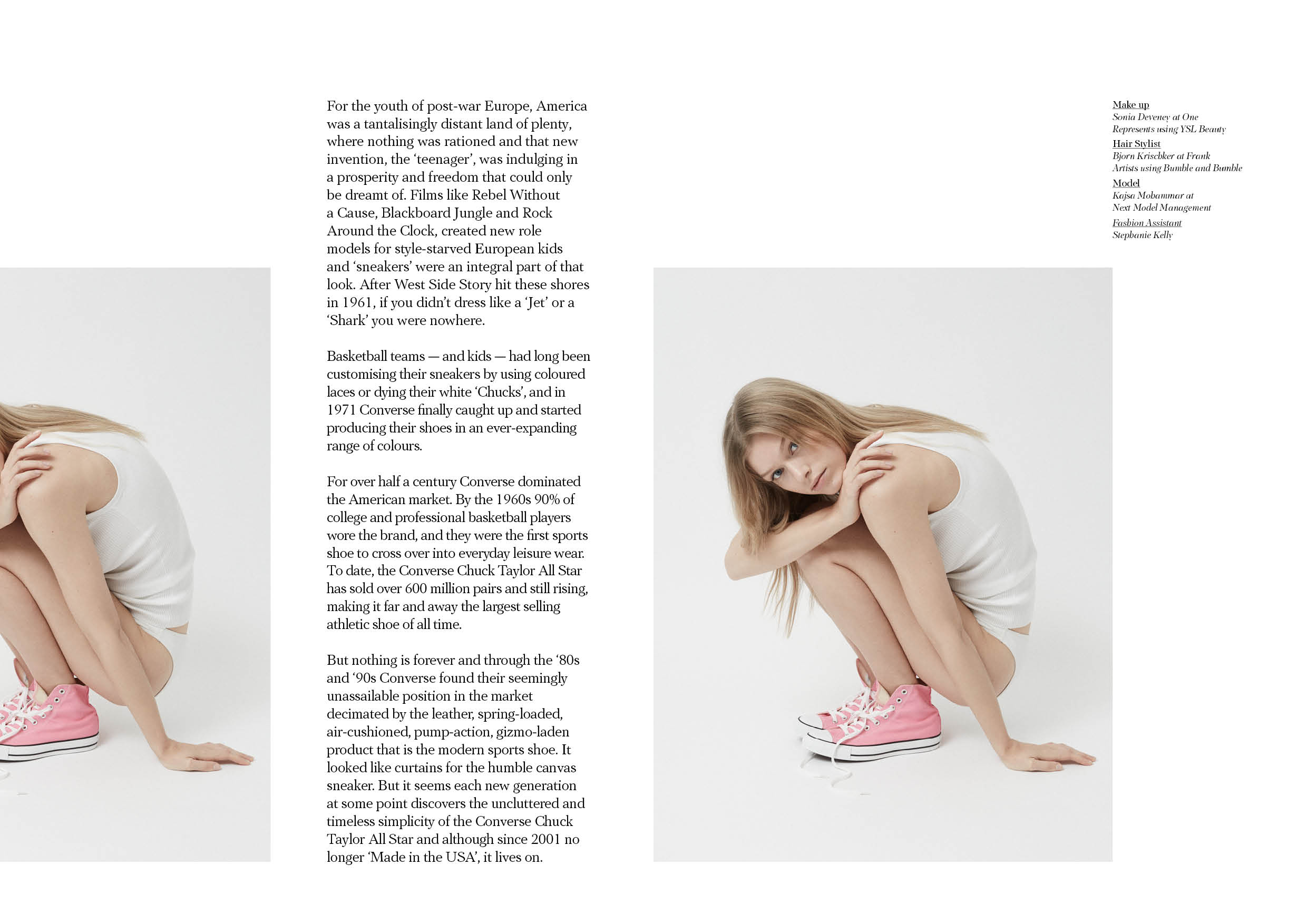